UltraSeps v2 is 100% compatible with this release of Photoshop although there’s a few things you should know to get up and running as CC 2015 is somewhat buggy and there’s a few issues that can affect color separations and other third party software.

If using Photoshop CC 2015, we advise downloading a newer version from Creative Cloud. After doing so, download a new UltraSeps installer and run it with Photoshop closed to make sure the UltraSeps plugin is installed to the new version. Then launch the new copy of Photoshop and load the UltraSeps Actions followed by running the Action to load the Color Settings.

Overall, Photoshop CC 2015 has some issues with automation. If affected, we have listed solutions below.
See This Page on how to download and install previous Photoshop versions.

Note:  Its always possible that Adobe may remove the ability to download previous versions of Photoshop at some point in the future.  So the info above on installing older versions may not be valid at some point.

Photoshop CC 2015 might generate an error stating
The Command Move Is Not Available when running separations.

To resolve, the Channels Panel needs to be undocked from any other Panel within Photoshop and be floating all by itself.

Or if docked with other Panels, the Channels Panel needs to be the top visible Panel.
For an example click here.

When running separations with UltraSeps using Photoshop CC 2015 and possibly future versions yet to be released, some of the white underbase and highlight white channels may not render correctly.

This is a bug with CC 2015 and may also be an issue with versions going forward.

I’ve traced this bug to an issue with the manner in which Photoshop CC 2015 generates its Preferences File. It seems as though the Preferences has a glitch whereas certain functions of JavaScript’s do not run correctly and causes some sort of confusion with the foreground and background colors.

Running our Repair CC 2015 Action resolves this abnormality and after doing so, all separations will render correctly. Its important to note that if ever resetting the Preferences due to some other issue, this Action will need to be run again.

Therefore, if separations don’t appear correctly with odd looking underbase whites and dark highlight whites with ink where none should be, simply run the Repair CC 2015 Action to fix.

To use, simply load the Action into the Actions Panel of Photoshop and run.

An example of the issue can be seen here.

A comprehensive video is also available here that provides an example of the issues above both before and after the simple fix.

When running the Custom Register Marks feature of UltraSeps with CC 2015, the marks may appear blurry. The reason for this is a bug in which Photoshop CC 2015 handles Custom Shapes. This issue has been addressed by Adobe beginning with CC 2015.5 and all versions going forward.

The Preferences File generated by Adobe Photoshop CC 2015 is not as stable as those with earlier versions and can be damaged. I’ve seen color separations render with solid channels after repeated and very heavy usage of automated software. If this problem ever appears, simply follow the simple instructions on resetting the Preferences here.

After doing so, remember to run the CC 2015 Repair Action above to resolve possible issues with the white highlight white and underbase channels.

To avoid all of this however, just use a newer version of Photoshop. 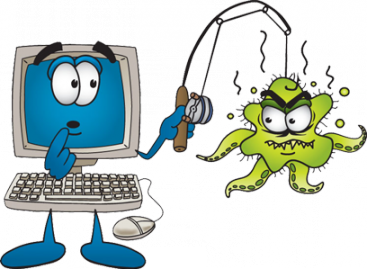